New Jazzinho in the making.

Looking in the rear view miror. 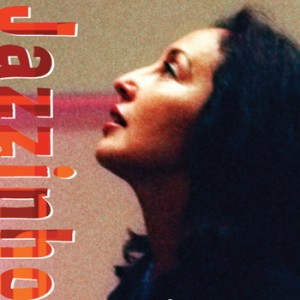 Back in 2003, when major recording companies were multi-billion $ businesses and Napster was still a shiny glimpse in Wall Street’s eye, Guida de Palma and I created Jazzinho, a musical concept that found an audience in many countries around the world. To make sure the albums were up to our expectations, we hired the best musicians : Michele Chiavarini, Chris Franck, Neil Angilley and Ed Motta to name the most prominent. Guida put her great musical talent to create this idiosyncratic style fusing Soul, Jazz, MPB, Electronica with her Portuguese roots.

Of course it was not an entirely smooth and joyful ride. Vast quantities of money were lost : many local CD retailers and wholesalers went bust. Some friendships were destroyed, some others flourished. We had great joy, some pain and a few disillusions. In truth, Jazzinho is the second child we never had… a little brother to our beloved Iris. The last Jazzinho album was recorded seven years ago…. and you you know what they say about the seven years itch…. So two albums, many remixes, numerous live gigs and almost a decade later we have decided to record a brand new Jazzinho album. You have been warned 😉

This blog is meant to be truthful, but, not to embarrass the various participants, unless they specifically allow us to do so, we will avoid naming them. Most of the time, it is I, Stephan, who will maintain the blog. Nevertheless Guida, as well as the musicians, sound engineers, producers, composers, special guests etc… are invited to contribute as well.

This blog documents our efforts to create a new album. We should not be arrogant and believe we will succeed for sure. We might very well fail. We are now older than when we started Jazzinho but we are none the wiser. Things have changed lately, there’s a lot less money in music than there used to be, and creating good music requires significant investment. Fortunately, a very good and better off friend of ours, who happens to like good music, has offered to sponsor the next Jazzinho; we owe him to deliver the goods.. 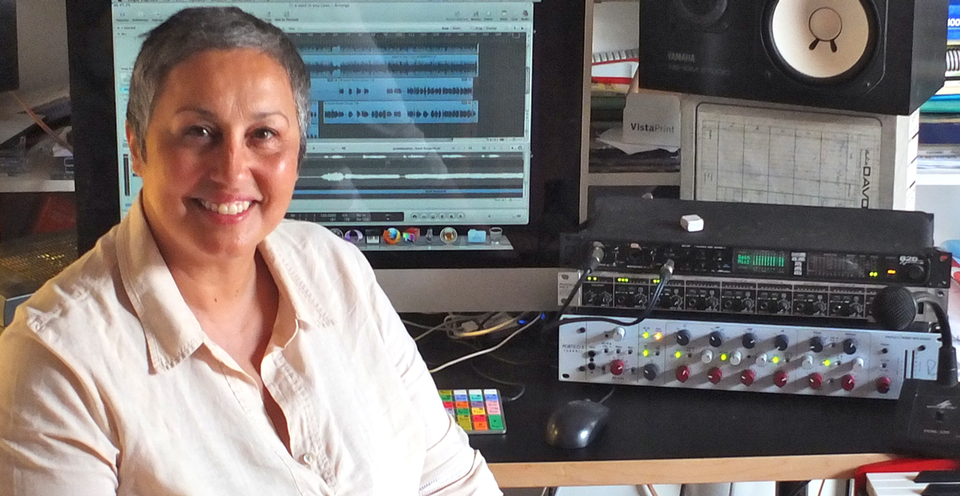 My lovely studio in the attic

Creating music is very much like cooking (as some might have noticed, I also have fondness for the good food). Over the years I have created a small but perfectly formed vocal booth where I can apply my trade as and when I want. Sometime, even in the middle of the night. It is equipped with the best tools for my voice. This is where I cook my groove. In this case the new Jazzinho album. 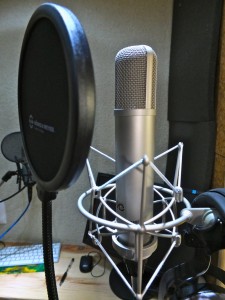 Like a chef with his pans and pots, it all starts with good microphones. On the left is my Microtech Gefell UM92.1s, which many consider as the one and only remaining original Georg Neumann  masterpiece, featuring the legendary M7 gold sputtered capsule designed by the Master himself in the late 30s. For those in the know, it is considered by many as the best capsule ever. Still assembled by hand, using the same original materials, process and specifications, in the original factory located in former East Germany, this is the capsule that equipped vintage microphones, like the mythical Telefunken U47 used by the likes of  Julie London, Sinatra and Nat King Cole. It is combined with a valve circuitry for that smooth analogue sound and an almost perfectly flat frequency response. In other words, it is the Excalibur of microphones. Its sound is extremely natural, not too harsh, not too soft and I can use it on almost any instrument.[maxbutton id=”6″]

The Neumann Company was split by the construction of the Wall and, to avoid legal problems with the Western Neumann branch, it was eventually renamed Microtech Gefell, after Gefell, the town where it is located. All the original and legendary technology stayed behind the iron curtain and, in the late 80s, the occidental Neumann company was sold to Sennheiser. It now has been many years that the Neumann microphones, though excellent, have nothing to do with the original brand. When the wall fell, the two companies tried to reunite but Sennheiser put a stop to that by buying both the name and the western factory. The design of my microphone itself is rooted in the 70s, with a weird soviet look to it, but inside, it is Soyouz rocket science.

I also own a few other microphones. I have a Neumann KM86i, Motown’s signature microphone used on most late sixties / early seventies albums. Here we are talking Diana, Marvin, Stevie, Smokey etc. Berry Gordy made a deal with Neumann’s US importer and purchased thirty two of them in one go and got rid of all other mics. It became the microphone the Funk Brothers used on everything from voices, strings, drums etc… It is also the microphone used for the infamous “Je t’aime, moi non plus” steamy duet by Gainsbourg and Birkin. Bardot did an even steamier version that was not released at the time, but this is altogether another story.

Besides these two I also have a classic Shure SM57 and a surprising great sounding and totally cheap AKG Perception. 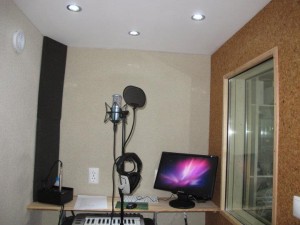 Inside my vocal booth.

This small studio is sufficiently spacious to accommodate two vocalists. It is extremely well isolated but nevertheless well ventilated. I can record myself without a sound engineer, as the keyboards, mouse and monitor allow me operate the main workstation outside. The light is provided by LEDs so it never gets too hot. Anyway, next year well install air conditioning.

Bottom is the Neve Portico II and MOTU 828 MKII at the top.

To make make sure that what is recorded is sufficiently loud and has the aural characteristics I look for, the signal is pumped into a Neve Portico II channel strip combining the absolute best pre-amplification, compression and EQ money can buy. This is the nirvana of sound engineering. With this baby I can polish and remove all asperities from any voice, turn any screech into a soft an creamy whisper.

Once I have the sound I want, using a MOTU 828 MKII sound card, I then convert it into a digital signal compatible with the recording software on my iMac. I usually record my vocals at 24 bits 96Mhz which results in massive AIFF files at a very fine resolution. In plain English, this is more than twice the resolution of a CD : we are talking amazingly accurate reproduction.

All this gear is hooked to a fantastic workhorse. Things have evolved significantly since my Atari days at the School of Audio Engineering in London (SAE). Now, I use a simple 16 GB iMac running OSX 10.6 with Logic 9. It has plenty of power and I can download the relevant plugins that I can run native. It is simple, powerful and rather stable.

This is the weak link at the moment. I do not yet have what I want but good things come to those who wait. In due course, I am at getting a pair of Quested S8R. The “crème de la crème” of professional studio monitoring. But, in all fairness, what I use now is rather cool. My good friend Eddy lent me his very own pair of vintage Yamaha NS-10. Those who know will understand: if it sounds good on a pair NS-10, it will sound great on anything else.  I also have a pair of Samson, a legacy of my previous home studio. It does the job though, but I now need something more in line with the rest of the line up.

Hooking up with the rest of the world via ISDN and Skype.

I have set up a separate Mac Mini with a Apogee Duet card solely to to work with Skype. This opens a world of opportunities and means you can both hear what I record and interact with me in real time. I spend hours with musicians all the world to fine tune BVs or lead vocals.

At some point in the nearby future I plan to install an ISDN line. For those who do not know, this is a leased digital line, that you connect if and when you need. It will link my studio to any other ISDN equipped studio in the world. Meaning, if and when I need I can record for projects on the other side of the planet without leaving my home. I can work in real time with people thousands of miles away. I already have the CODEC ( encoder/decoder), it is simply a matter of getting the ISDN line in.

And now, over to you in the comments below !